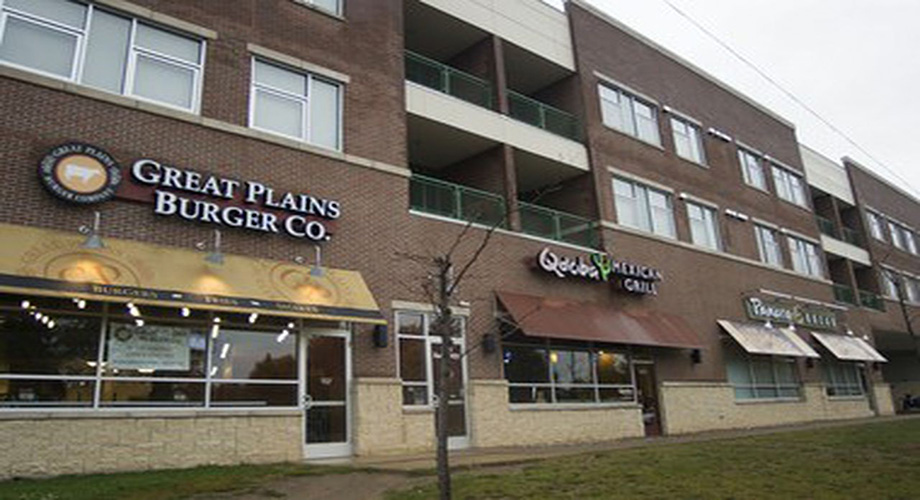 Construction starts on building 34 apartments at the Upland Green site on Tuesday, October 14, 2014, in Ann Arbor.

A years-old plan to construct a second building on the Upland Green site on Ann Arbor’s Plymouth Road is now underway.

Bill Conlin, one of the original developers of Upland Green, said it’s “wonderful” to see the second phase of the project underway, 10 years after he first proposed Upland Green.

Conlin’s partnership closed on the two-acre property in 2006 for $3.025 million. New Jersey-based BSG Management Co. then acquired the property in late 2009 to help move the project along, keeping Conlin involved as a partner.

The existing building was completed in 2010. The tenant mix on the first floor of that building includes Panera Bread, Great Plains Burgers, Seoul Street and Qdoba. Conlin said the apartments are 100 percent occupied.

The second phase of the project will have two stories of apartments with one level of parking underneath the units. The building will have 34 apartments, with 620-square-foot one-bedroom units, and 490-square-foot studios. There will be 43 parking spaces.

Conlin said the one-bedroom units will rent for about $1,300, while the studios will cost about $1,150. Conlin said the Upland Green apartments attract young professionals and graduate students.

The goal is to complete the building in May 2015. Excavation started on the property last week.

The second phase of Upland Green is being developed in a partnership between BSG Management and Murfin Associates LLC, which consists of Jeffery Meek, Harold Bergquist, Clara Adams, Bob Gembarski and Bill Conlin.