Work on 34 apartments at Upland Green site wrapping up 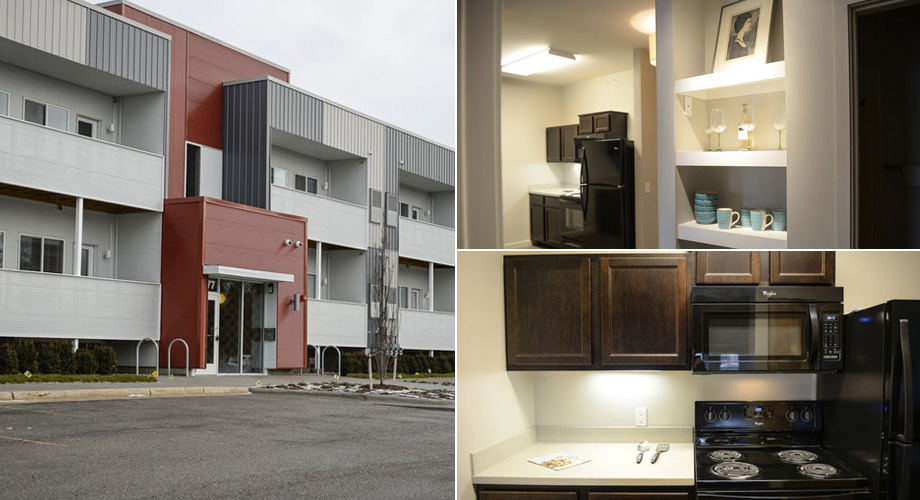 After years of development and planning, the second phase of the Upland Green apartments on Plymouth Road in Ann Arbor is nearly complete.

Only a bit of landscaping and final touchups are needed for the site where 34 apartments were constructed behind the mixed-use building that fronts the busy road on Ann Arbor’s north side.

William Conlin, one of the developers of the project, said he’s happy with how it has turned out and he’s excited that people are now moving into their apartments.

The site – located at 1777 Plymouth Road – consists of 34 apartments with 30 one-bedroom apartments and four studios. Floor plans range from 560 to 740 square feet and are priced between $1,250 and $1,500. Each unit has a bathroom, washer and dryer, Whirlpool appliances and an over-sized shower.

Each unit also comes with an underground, covered parking space on site.

Construction on the project began last year and took more than a year.

“We closed in September of last year and we started construction right away. Now we’ve got it just about finished,” Conlin said.

The original goal was to be open in August in time for the University of Michigan’s fall semester, but construction delays pushed back the opening. The biggest issue, Conlin said, was cleaning out the basement in order to build the parking garage.

Because they missed the winter semester too, Conlin expects the apartments will be fully rented by summer once students start looking for housing for the next school year.

So far seven of the units have people living in them, with three more expected to move in next month. In total, the complex has rented 12 of the 34 apartments.

The first phase of the project consists of 20 apartments built above retail spaces that house restaurant chains Qdoba, Great Plains Burgers and Panera Bread. That building was completed in 2010 and filled up quickly when it was complete, but the second phase took a bit longer to get going.

“We built the building in the front and that was five or seven years ago, but we had this land left,” Conlin said. “We got site plan approval for this in 2005 or 2006, but then the depression hit and there was no financing available.”

Conlin first proposed the second phase in the mid-2000s, but when the economy stumbled, he and his partners had to hold off building the apartments. In 2009, New Jersey-based BSG Management Co. acquired the property to help move the projects along.

The second phase was completed thanks to a partnership between BSG and Murfin Associates which is comprised of Conlin, Clara Adams, Jeffery Meek and Raymond Eschaghoff.