State of the Union – The fantastic views are just one reason why Union City,N.J., is worth a peek 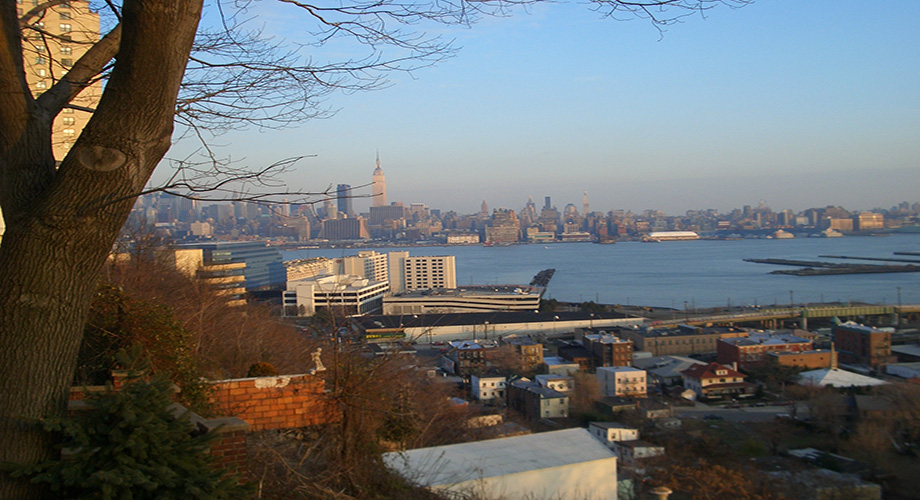 Union’s Made – With help from Daniel Libeskind, this Jersey town could be the next Hoboken

HOBOKEN. Jersey City. Montclair. For a decade these were the cities whose names were dropped when the conversation turned to New Jersey real estate. Well, it’s time to add another name to the list: Union City.

The traditionally quiet town, which lies just west of Hoboken, 200 feet above the Hudson River, has more than 30 new developments under way. Plans call for high-rise condos, a branch of the Hudson County Community College, the opening of a light rail station and three new schools to address the anticipated population growth.

“There is so much new development, the mayor got a grant to do the city’s master plan over,” says Tom Leane, the executive director of the Union City redevelopment agency. “The new master plan will address new zoning, housing, traffic, parking.”

Union City will need it. Leane has received more than 200 building applications in recent years.

Founded in 1925 as a merger between Union Hill and West Hoboken, Union City was historically a Hispanic working-class area where the professionals it produced high-tailed it to Manhattan and other big cities as soon as they got a chance to leave.

“Ever since I was a child, I always said my dream was to get out of Union City, to go onto bigger and better things,” admits Ramon Liriano, who was born and raised there. And he did; Liriano went to medical school in the Dominican Republic, he traveled, he founded a company, Medvice Life Settlements Inc., and he lived in Jersey City for eight years.

But now, like a growing number of young professionals who spurned Union City for “bigger and better things,” Liriano is coming back.

The draws are obvious.

First there’s the city’s location, high above the Hudson.

“The building is on a cliff, 200 feet over the Hudson, and it is 220 feet tall, so it’s 420 feet above the water. There are spectacular views of the entire metropolitan region: Manhattan, the George Washington Bridge, the Hudson, the Empire State Building, the Statue of Liberty.”

Second, the completion of a new light rail station by the Hud-son-Bergen Light Rail (HBLR) in early 2006 will connect Union City with Hoboken, and thus the PATH train and Manhattan. This will give commuters another convenient option. (Currently, the best way to get to Manhattan is by a 15-minute bus ride into the Port Authority Bus Terminal.)

Though the area isn’t yet bursting at the seams like Hoboken is, longtime residents say Union City’s growth is easy to spot.

“I’ve been here since 1997,” says Anne Fischer, an artist who has just bought into Mountain Road Lofts, a converted garment factory where she lived before it was purchased and developed into condos.

“The area’s changing. I’m not sure which direction it’s blowing, so to speak, but I do know that the buses are starting to pass you by in the morning, because they’re full.”

One of the biggest selling points of the city is how much space you can get for your buck.

Liriano was set to drop $1.7 million on a 1,400-square-foot loft in SoHo when he stumbled upon Mountain Road Lofts while back in the neighborhood getting a picture framed.

“I took the back road and saw these lofts up on the hill. I took down the number, and sure enough when I went inside, I was shocked at the quality,” says Liriano, who had scoured San Francisco, Arizona, Georgia, Florida and Texas for an “appealing apartment that wasn’t overpriced.”

“It’s amazing that after traveling and looking around for so long, I find it in my own backyard,” Liriano adds.

“The place in SoHo is a matchbox in comparison,” he says.

Mountain Road Lofts is the vision of Ray Eshaghoff and David Khaghan, both principals with BSG Management, who saw Union City’s potential early on. They purchased the three buildings Khaghan describes as “white elephants,” joined them and are now selling the renovated lofts, each unique, which range in square feet from 1,800 to a whopping 4,300, for $750,000 to $1.3 million.

Union City’s “white elephants” are slowly disappearing, as are many two- and three-bedroom homes, which are being quickly snatched up and renovated or razed to make room for condos. It likely won’t be long before Union City rolls off the tongue as often as Hoboken during New Jersey real-estate ruminations.

“I think the area is great. Artists live there, musicians live there, which to me is the hallmark of the outposts of bohemian living,” says Steve Wagner, a partner with law firm Wagner Davis PC, who had attempted to organize the tenants of Mountain Road Lofts before the building was bought by BSG.

Mountain Road Lofts is now just one of many hot buildings bringing in new faces.

“I live in Hoboken. It’s completely saturated, and the prices are the hottest on this side of the river. We looked at [Union City] and said, ‘That’s the next area out of the Lincoln Tunnel.’ Bam, you’re at your house in two minutes,” says Gerardo Velez, who is moving into Park City Grand this February.

The building, with 66 one-, two- and three-bedrooms, plus four penthouses, is the first of six that Park City Grand is planning to build on Park Avenue in Union City.

“I grew up in New York, and I missed TriBeCa, I missed SoHo,” Velez says. “I didn’t have the resources then to buy, but I’m not missing this side of the river.”